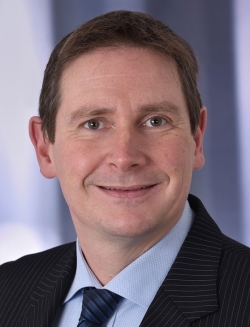 Reiner Zitzmann, born in 1976, started his career with a degree as Engineer for Electrical Engineering, from the Friedrich-Alexander University Erlangen, Germany. Since July 2004 he has been working for CAN in Automation (CiA) international users’ and manufacturers’ group. As a technical manager Reiner Zitzmann attended to technical-oriented CiA working groups and participated in international standardization groups. In addition, he was responsible for the CiA device testing services. Furthermore, Reiner Zitzmann was responsible for the educational services and trainings, offered by CiA. Additionally, he represented CiA on fairs and conferences. In April 2017 Reiner Zitzmann was appointed General Manager of CAN in Automation GmbH.

CAN XL is the third generation of CAN protocols, developed for backbone networks. It provides the capability to run several applications in parallel, which allows the implementation of multi-protocol stacks, e.g. CANopen (FD), J1939, and proprietary ones. The CAN XL protocol supports data field lengths of up to 2048 bytes. This enables the running of TCP/IP on CAN XL networks. The physical layer is scalable and features a maximum bit-rate of 10+ Mbit/s. The function of the CAN-ID as specified in classical CAN and CAN FD has been separated in CAN XL (priority and acceptance field).