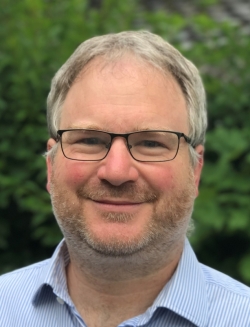 Dr Michael Lampérth graduated from Winterthur Polytechnic, Switzerland, in 1989 and after some years in industry he continued his studies at Imperial College London where he gained an MSc in 1996 and a PhD in 1999. He continued his academic career at Imperial College as a lecturer until 2010. He research focused on mechatronic systems and axial flux electric machines. He founded Phi-Power AG in 2016 . Phi-Power focuses on axial flux product development and manufacturing. Phi-Power offers a range of high performance motors as well as bespoke motor designs.

With the growing electrification of working machinery, the electric replacement of high torque low speed diesel engines is required. Based on the physical laws applying to axial flux machines they are an ideal solution for this application. The presentation will give an overview of the developments and technologies of axial flux motors in general. Explaining the pros and cons of different topologies and also comparing them to the established radial flux motor technology. This will be followed by a review of a new large diameter machine developed capable of more than 1000 Nm of continuous torque a with diameter of 55 cm and length of 16 cm.